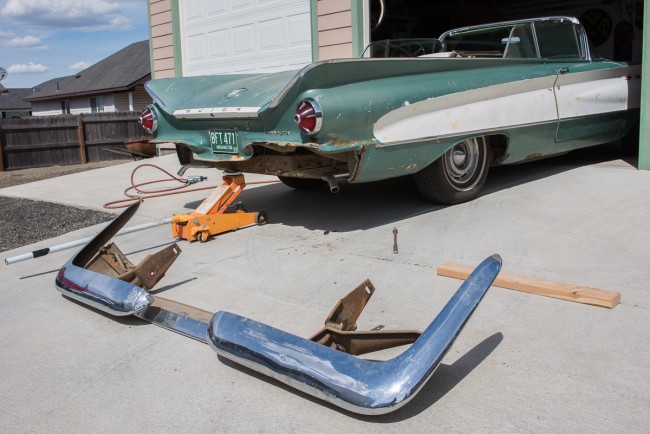 The back bumper on the Buick has been bent since the day I got it. Bent in an arch shape, it just didn’t look right. I’ve seen this same problem on many 1960 Buicks to some degree. Even on restored cars!  Just a weakness of the design I suppose. Anyway, I assumed that the bumper was pretty stout and that straightening it would take some serious torque, probably beyond what I can do myself. I had considered taking the bumpers to a chrome shop to just have them straightened (but not re-chromed… yet).  But the other day I thought “what the hell?” and removed the rear bumper. Turned out to be pretty easy to remove with just four bolts, which all came loose with little effort.  I had a jack ready to catch the bumper, so it wouldn’t just fall to the ground. Then I set the bumper up on a few blocks of wood and stomped on it with both feet! It was surprisingly easy to bend it. A few good stomps in key locations, and even a little twisting by hand, and it came right around! It looks a LOT better… not perfectly straight, but a heck of a lot better! I think there’s a more complex bend going on which is why my efforts didn’t get it back to 100%.  For now though, this is satisfactory.  If I had known how easy it was to do, I’d have done this ages ago! I Bet I spent a hour on the whole job, tops. Next I’ll try the front bumper. The peak is pushed upward a bit.

Here’s a BEFORE shot: 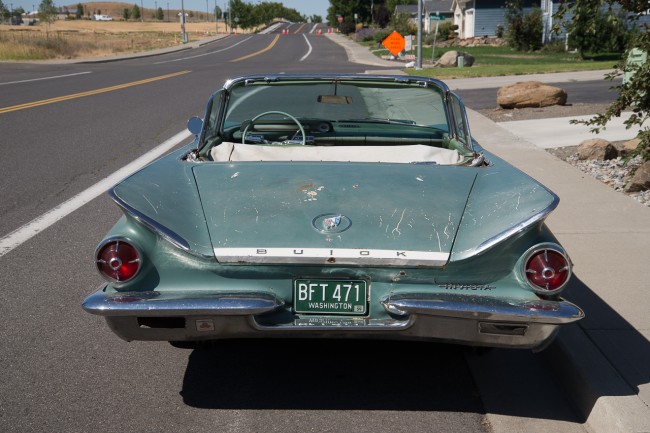 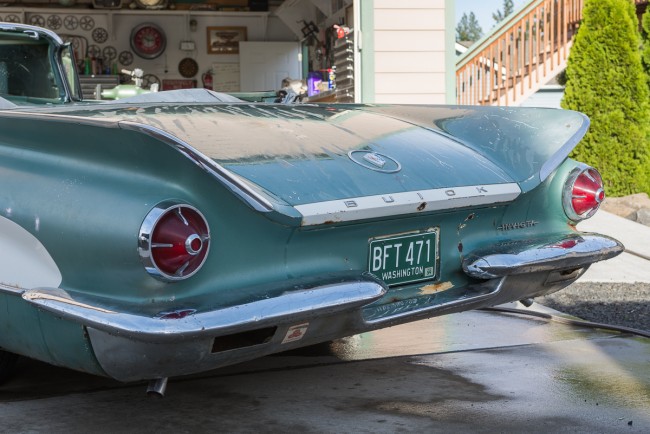