As I mentioned in the blog post titled Mild Custom Build Scenario I liked the idea of putting a set of reproduction Buick Skylark wire wheels on the car, but due to their cost it probably wasn’t going to happen. I have been planning on buying chrome reverse wheels wrapped in the wide-whitewalls that I got from my brother Marty. But today my dad called and told me I could HAVE the set of reproduction Skylark wires that he bought a while back. He has decided not to use them on his ’40 Ford custom/hot rod. Wow, thanks Dad!  So now the plan is, buy a set of thin-whitewall radials for the wires but still restore the original factory wheels and install those wide-whitewalls. I’ll run the stockers while the car is in its early progress stages. Later, after things are dialed in a bit more I’ll go ahead and run the wires. I don’t want to be one of those guys driving a car that is worth less than the wheels it rolls on! No offense if that’s how you roll. 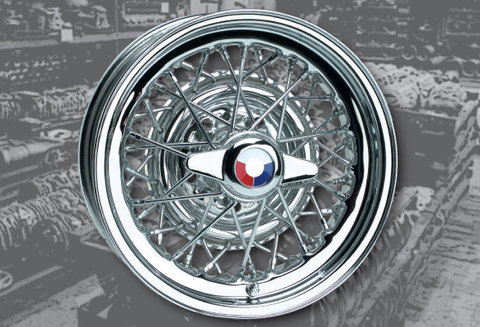